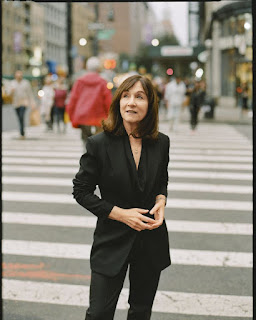 In 1977, Mayer graduated Phi Beta Kappa from Yale, where she was a campus stringer and intern for Time; she’d gravitated toward journalism because it sounded fun. She followed a boyfriend to Vermont, where she got a job at the daily newspaper the Rutland Herald. Later, she studied briefly at Oxford, then moved to DC to work as a city reporter at the Washington Star, a scrappy underdog competitor to the Washington Post. It was only then that she began to take her career seriously. (A few years earlier, in what she terms “the least sexually liberated moment of my life,” she’d picked up an application for the Rhodes Scholarship program, only to pass it off to her boyfriend, who was accepted.) When the Star was shuttered in 1981, Mayer landed at the Wall Street Journal. 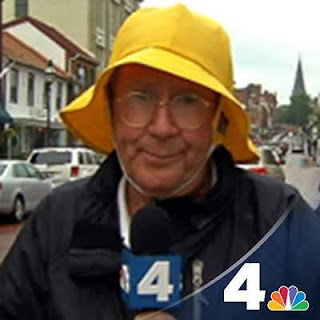 WINCHESTER — Pat Collins, an Emmy-winning reporter for News4 Washington, will be the featured speaker at the Ladies’ Horticultural Luncheon presented by Spring Arbor of Winchester.

The Horticultural Luncheon, one of many events scheduled for the upcoming Shenandoah Apple Blossom Festival, will be held May 3.

A native of Washington, D.C., Collins’ interest in journalism began at age 15 when he started writing for newspapers. By his 17th birthday, he had a regular column in the Washington Daily News. Collins continued writing at Notre Dame University, where he was one of the founders of the school’s newspaper.

After college, he spent two years in the Army (one in Vietnam) before returning to the Washington Daily News as a police reporter. He also worked for The Washington Star. Collins’ TV broadcast career began in 1973 at Channel 9 (then called WTOP and WDVM) in Washington, D.C. He left Washington in 1980 for station WLS in Chicago only to return to Washington for a three-year stint at WJLA.

Collins joined News4 Washington in 1986 and has covered many big stories, including the career of Marion Barry, the disappearances of Junior Burdynski and Chandra Levy, the death of Len Bias, the aftermath of 9/11 and the 2002 sniper shootings.

Collins’ unique style of reporting has earned him 10 Emmy Awards, two Clarion awards, and a Chesapeake Associated Press Award for “Best Feature Reporter.” In 2006, he was inducted into the Silver Circle by the National Capital Chesapeake Bay Chapter of the National Academy of Television Arts and Sciences. He lives in Northwest Washington with his wife. They have three children. 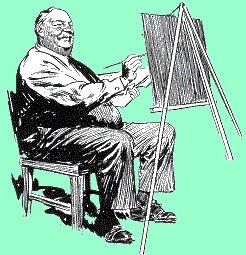 Frank Godwin (1889–1959), was an American illustrator and comic strip artist. Born in Washington D.C., Godwin worked as a young man for his father’s paper, The Washington Star. Godwin studied at the Art Students League in NYC. His book illustrations were featured in classic best-sellers Treasure Island, Kidnapped, Robinson Crusoe, Robin Hood and King Arthur. He is most recognized for his comic strips Connie and Rusty Riley. Additionally, he was a prolific editorial and advertising illustrator. A Society of Illustrators vice president, Godwin was also a member of the National Press Club and the Dutch Treat and Salmagundi clubs.

Born in Washington DC in 1889, Godwin was the son of the city editor of The Washington Star. Self-taught, he began his career as an apprentice on that newspaper. A stint at the Art Students League brought him in contact with James Montgomery Flagg and, by 1908, his work began to appear in humor magazines of the day. By 1915, he was firmly established at Judge doing headings for stories (at right), and even the title page drawing for their annual reprint collection (at left).

While obviously influenced by Flagg (and Charles Dana Gibson), Godwin managed to create a style that was recognizably his and that stood out from both his idols and the mass of clones that were cropping up everywhere. His ability to create tones, especially facial characteristics, with his pen and brush were equal to and in some ways better than Gibson and, I think, obviously superior to Flagg. His use of pen and brush in the same illustration demonstrated an understanding of the medium that set his work apart from his contemporaries. It, combined with his tonal skills, gave his work a depth and weight that was seldom equaled. Walt and Roger Reed in The Illustrator in America 1880-1980 credit some of this realism to his modeling of busts in clay for reference. They don't say when he adopted this practice, but it's unlikely that he was doing this so early in his career. 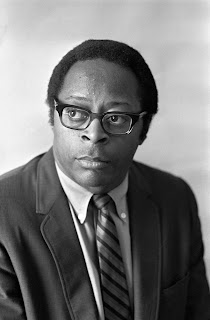 Mr. Delaney was born in Montgomery, Ala., in 1933. His first exposure to the news business came early — as a teenage paperboy, he handed out copies of The Alabama Journal, and he later started the first news publication at his high school. Mr. Delaney began an English degree at Alabama State University in the ’50s and was drafted after a year and a half. In the United States Army, he became a radio operator; while stationed in France, he communicated news — including the results of Brown v. Board of Education — between different bases.

When Mr. Delaney ultimately graduated from Ohio State University’s journalism school in 1958, he was the only black student out of 15. His first job was at The Atlanta Daily World. Fifty other daily newspapers rejected him.

“At that time, in the late 1950s, I knew things were changing and that I would eventually land a job on a daily somewhere,” he said over email. “I firmly believed that.”

Eventually Mr. Delaney moved to The Washington Star, where he covered local government. In 1969, he was poached by Max Frankel, the head of The Times’s Washington bureau who later became the executive editor, to cover national urban news — from people moving out of inner cities to the oil industry in Houston.