"The Seas Are Dolphins’ Tears" And More From Poet Djelloul Marbrook 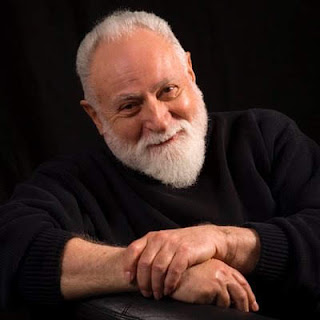 Djelloul Marbrook is the author of ten poetry books and ten fiction books. He has won the Stan & Tom Wick Poetry Prize, the International Book Award in poetry, and the Literal Latté fiction award for "Artist's Hill."

His poetry and fiction has been widely published in journals and anthologies. He lives in the mid-Hudson Valley and had a long newspaper career including stints at the Providence (RI) Journal, the Elmira (NY) Star-Gazette, the Baltimore Sun, and the Washington Star.

His new poetry volume – “The Seas Are Dolphins’ Tears” is just out - as is his trilogy of novels.


A walk through the halls of the John A. Wilson Building, the seat of D.C. government, normally wouldn’t inspire laughter — until now.

Seven political cartoons by Pulitzer Prize-winning political cartoonist Clifford Berryman are now on display on the building’s fifth floor. The drawings all have a common theme: D.C.’s lack of representation in Congress. They’re located across the hall from D.C. Council Chairman Phil Mendelson’s office.

Even those who haven’t heard Berryman’s name before are probably familiar with his work.

His 1902 drawing of President Theodore Roosevelt refusing to shoot a bear cub led to the creation of the teddy bear toy. He’s also responsible for the phrase “Remember the Maine!” a Spanish-American War rallying cry that’s still still taught in history classes today. The line accompanied a political cartoon he published in the Washington Post in 1898.

Berryman worked in the District for the entirety of his six-decade career as a political cartoonist. He drew for the Post from 1891 to 1907, then moved over to the Washington Star. He worked there until his death in 1949.

Berryman took on D.C.’s lack of voting rights dozens of times in his daily cartoons, particularly during his time at the Star.