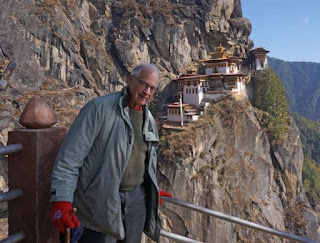 Tables were thumped, bottles were emptied and off-key songs resounded in Seoul’s La Cantina – the oldest Italian restaurant in South Korea – on Saturday evening as foreign correspondents gathered to celebrate the 80th birthday of one of their number: Don Kirk, an American journalist who has been reporting on Asia since 1965.

Since that year, the still-working old Asia hand has built up a formidable clipping file of stories covering everything from Vietnam’s Tet offensive to Korea’s “Economic Miracle,” while also finding time to pen a shelfful of books and amass families on three continents.

Then it was Indonesia, where an abortive coup took place. For the chaotic island nation, this would be “The Year of Living Dangerously.”

“I was stringing for a bunch of papers including the New York Times, the Washington Star and the Daily Telegraph, traveling around Indonesia,” he recalled. “About 300,000 people were killed in that bloodbath.” Despite the scale of the carnage, he was not unduly traumatized, courtesy of prior experience in inner cities in the US. “I had previously covered stories in Chicago and New York, so had covered the run of fire, police and scandal.”